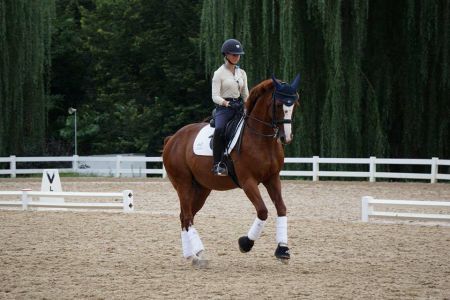 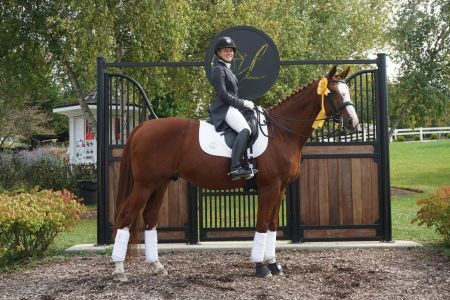 Sacramento, or George as he is known around the barn, is a 1999 KWPN Gelding by Amsterdam. His dam line contains the famous dutch stallions, Roemer and Wolfgang.

George was imported from the Netherlands in 2005 with the hope that he would be a horse Katie could ride in the Junior rider divisions. Much to everyone’s surprise, he did just that and so much more!

George is known around the barn for his outgoing and friendly personality. He loves interacting with people and is always seeking attention. George quickly becomes a barn favorite wherever he goes.