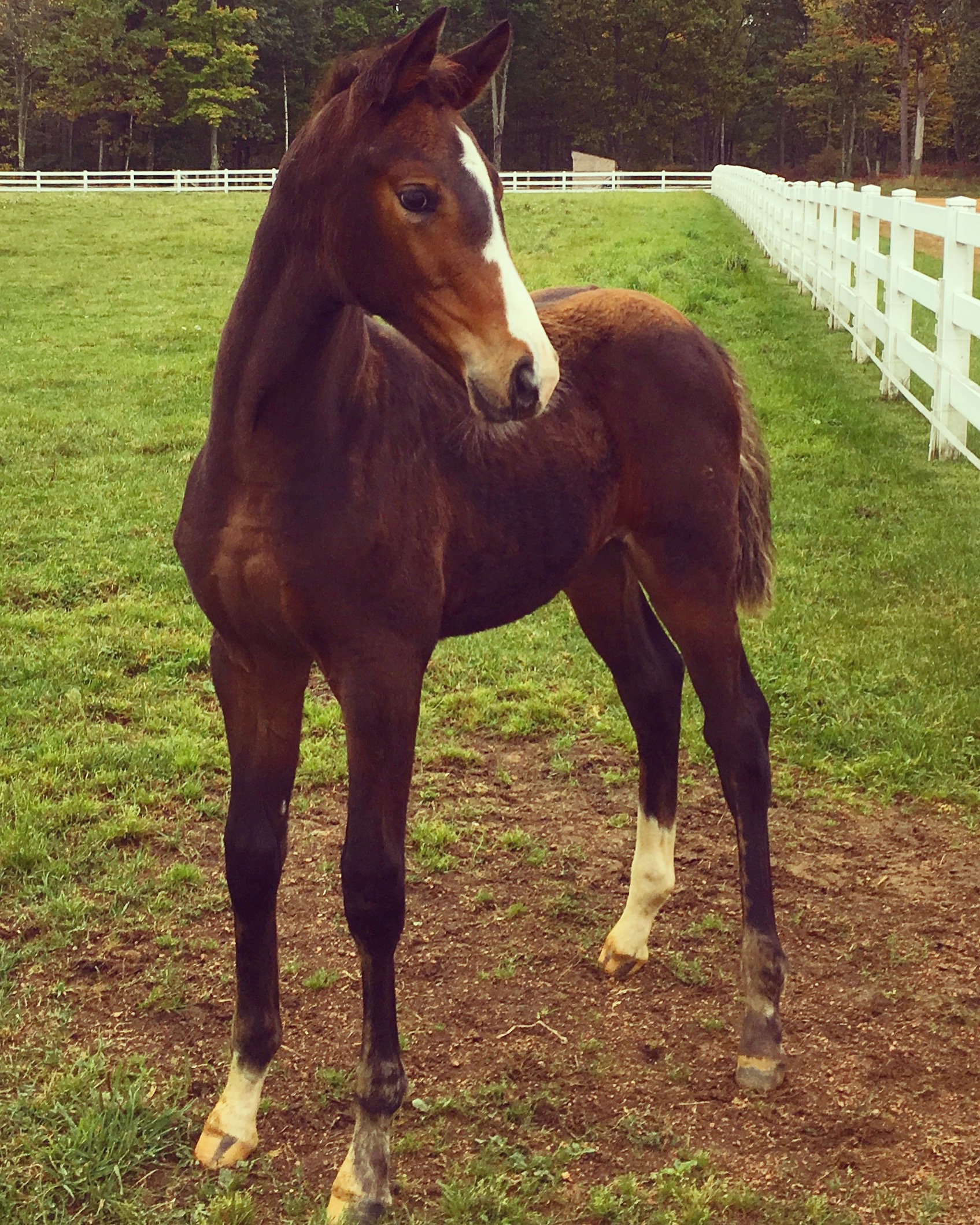 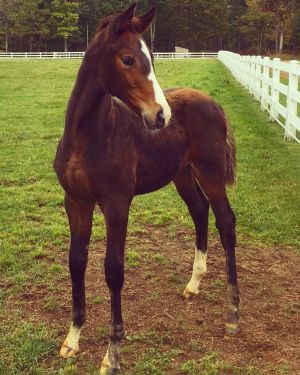 Lady Avalein, or Ava as she is known around the barn, is a 2017 Oldenburg filly by the world famous Dutch stallion, Negro, and out of our premium Oldenburg mare, Rehlein. At her Oldenburg inspection, she was awarded premium status and was site champion. Ava is a large filly with long legs and a powerful hind end.

Ava has an impressive pedigree that includes some of the most sought after dressage lines. Her sire, Negro, is a world renown stallion who has many offspring successfully competing at the FEI levels. One of his most famous sons is the Olympic gold medal champion, Valegro. Negro has also sired several approved stallions and mares; and in 2017, he was named the KWPN Stallion of the Year.