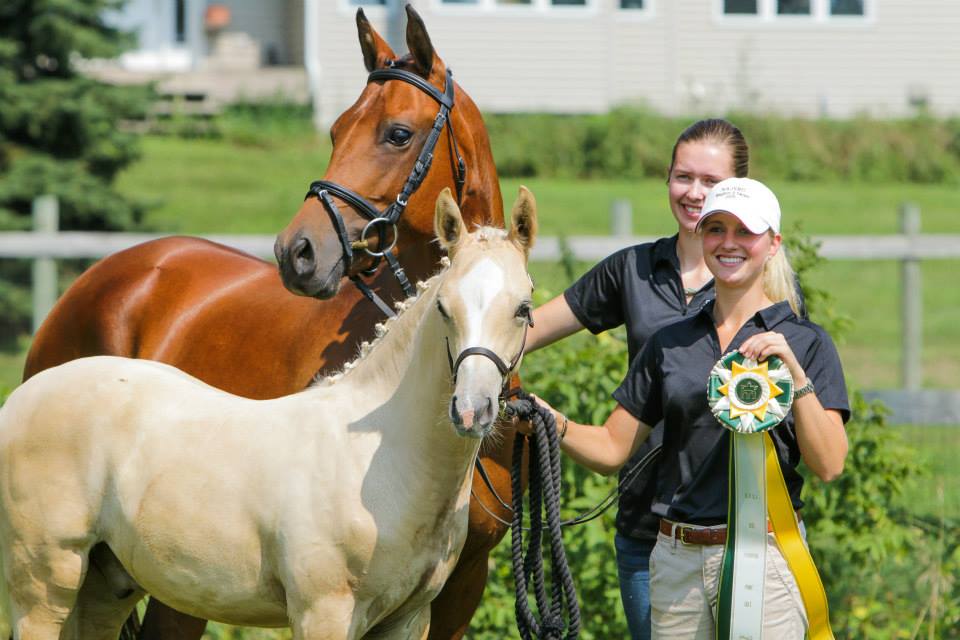 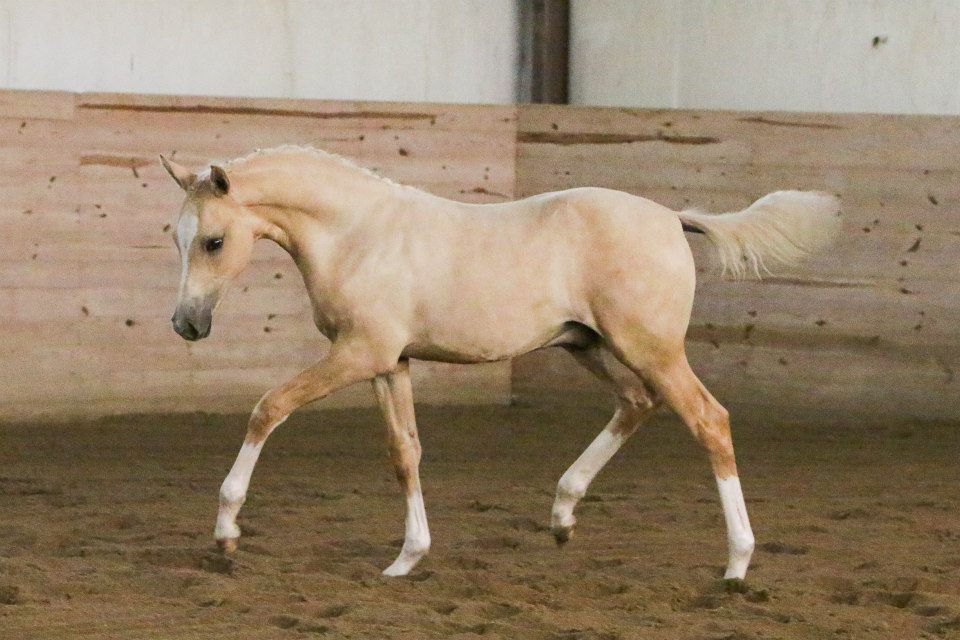 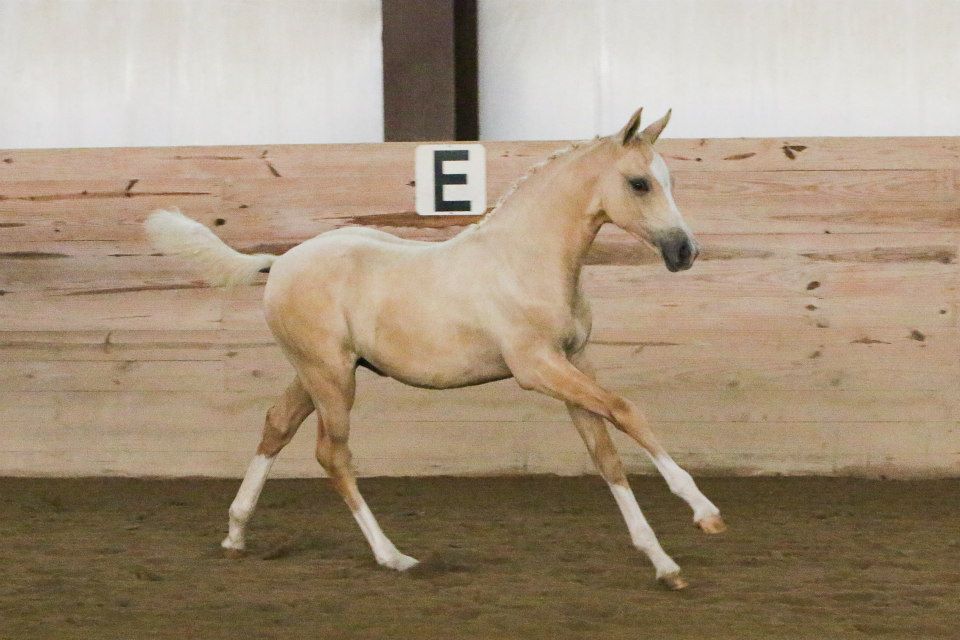 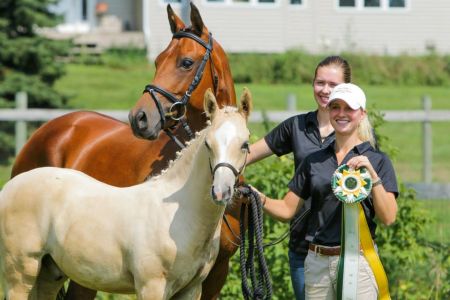 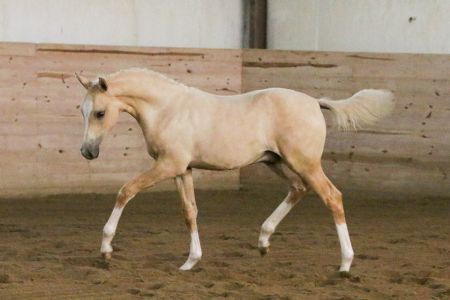 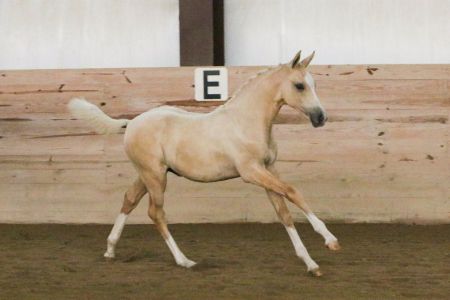 Golden Noblesse (Noble) is a 2015 German Riding Pony colt by Golden State, out of Cadence. At his RPSI foal inspection, he was awarded premium status and was named site champion. Noble is a large colt with a big presence and is a definite standout at the barn.

Golden State is a 2009 Premium Westphalian Pony Stallion who has impressed the judges since he was three years old. In 2012, he was the champion of the Bundeschampionate with an outstanding, record high score of 9.56. In 2014, he was awarded the USDF Horse of the Year at First Level. Golden State is proving himself as a sire and has already produced three approved stallions.