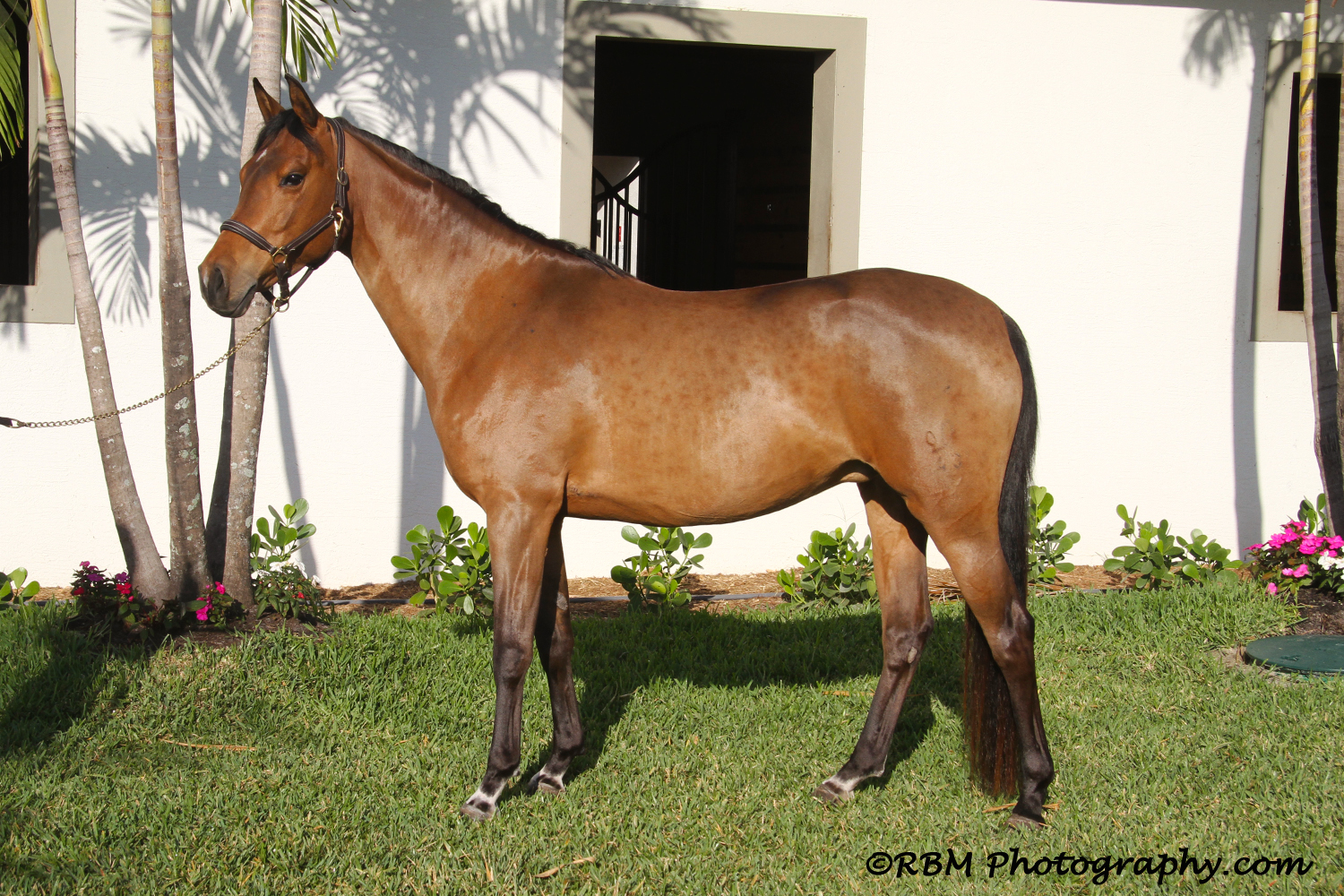 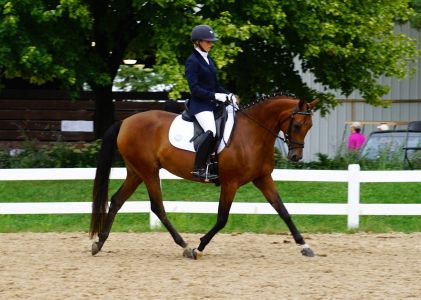 Cadence is a 2009 premium German Riding Pony mare who is registered through the RPSI. She is by Beaujolais, and out of a premium GRP mare, Chianti. Cadence is an elegant mare with a sweet temperament that makes her very rideable for youth and adult amateurs. She has had two premium foals and has recently started competing in dressage.

Cadence’s pedigree is outstanding. Her sire, Beaujolais, was imported from Europe at a young age and has had numerous premium offspring. Beaujolais’ grand sire is the well-known foundation stallion, Brilliant, who sired an impressive 35 approved stallions and 23 states premium mares. Cadence’s dam-line is similarly impressive, containing the foundation stallion Kiribati who is the sire to 20 approved stallions. Also in the dam-line is the elite pony mare, Grace Kelley, who was the dam to three approved sons.

Cadence has had two foals, both of which are by the highly successful German Riding Pony stallion, Golden State. Her 2014 foal, Golden Charmant, was awarded Gold Premium status at his RPSI foal inspection and will be starting his career as a riding horse when he is put under saddle this spring. Cadence’s second foal, Golden Noblesse, is also a Gold Premium foal and was the site champion for his foal inspection for RPSI in 2015.