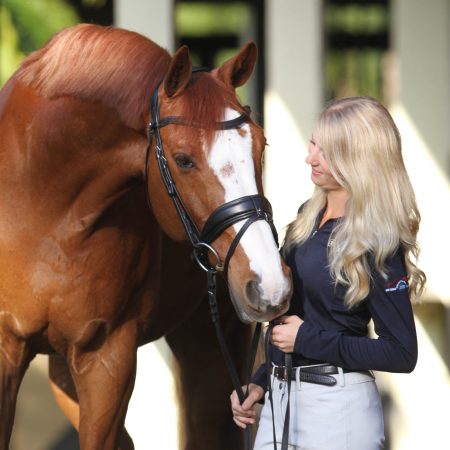 Katie Foster’s dressage journey began at the age of six when her parents signed her up for riding lessons at a local dressage barn. She was immediately hooked on horses, and at the age of ten, Katie acquired her first horse, a National Show Horse, who took Katie to her first dressage shows. Since then, she has been an active competitor in regional and national competitions including the North American Junior and Young Rider Championships, the USEF National Championships, Dressage at Devon, Regional Championships, and competitions in Wellington, Florida.

Many instructors have played a role in Katie’s riding education throughout the years. Jessica Jo Tate has been a long time mentor and trainer and has helped Katie since she was 12 years old. Katie has also been working with Maryal Barnett since moving to Michigan six years ago. In addition to Katie’s staple trainers, she has also partaken in clinics with several top riders from around the world including Steffen Peters, Robert Dover, Scott Hassler, Eddy de Wolff van Westerrode, and Charles De Kunffy. Furthermore, Katie participated in the Robert Dover Horsemastership Clinic in 2013 where she rode with several top professionals in the sport. She was also one of four selected riders in the United States who attended the Dressage Foundation’s International Dream Program in 2013, and she completed the Young Rider Graduate Program in 2014.

Not only has Katie been a successful competitor, but she is also a well-educated horseman. She attended college at Michigan State University, where she focused her studies on equine science. Katie graduated from the Horse Management Program at MSU in 2014 and was nominated by her professors as the Outstanding Horse Management Student that year. Through the program, Katie learned about all aspects of the horse industry such as nutrition, farm management, and anatomy. She also learned how to start young horses under saddle as well as handle foals. After completing the Horse Management Program, Katie went on to finish her Bachelor’s degree in Animal Science at MSU. In 2016, she graduated with honors with a Bachelor’s degree in Animal Science and a minor in Agricultural Business Management. 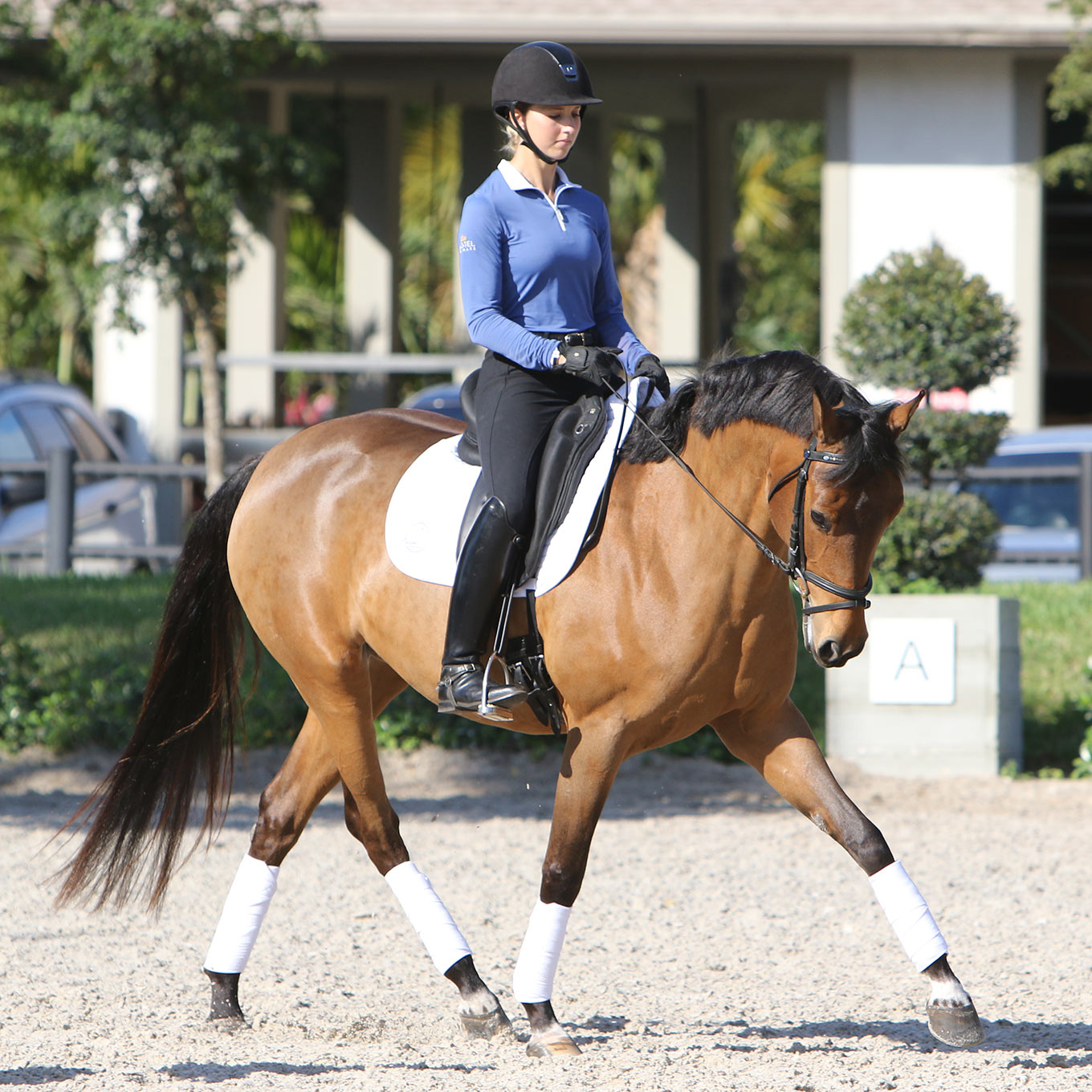 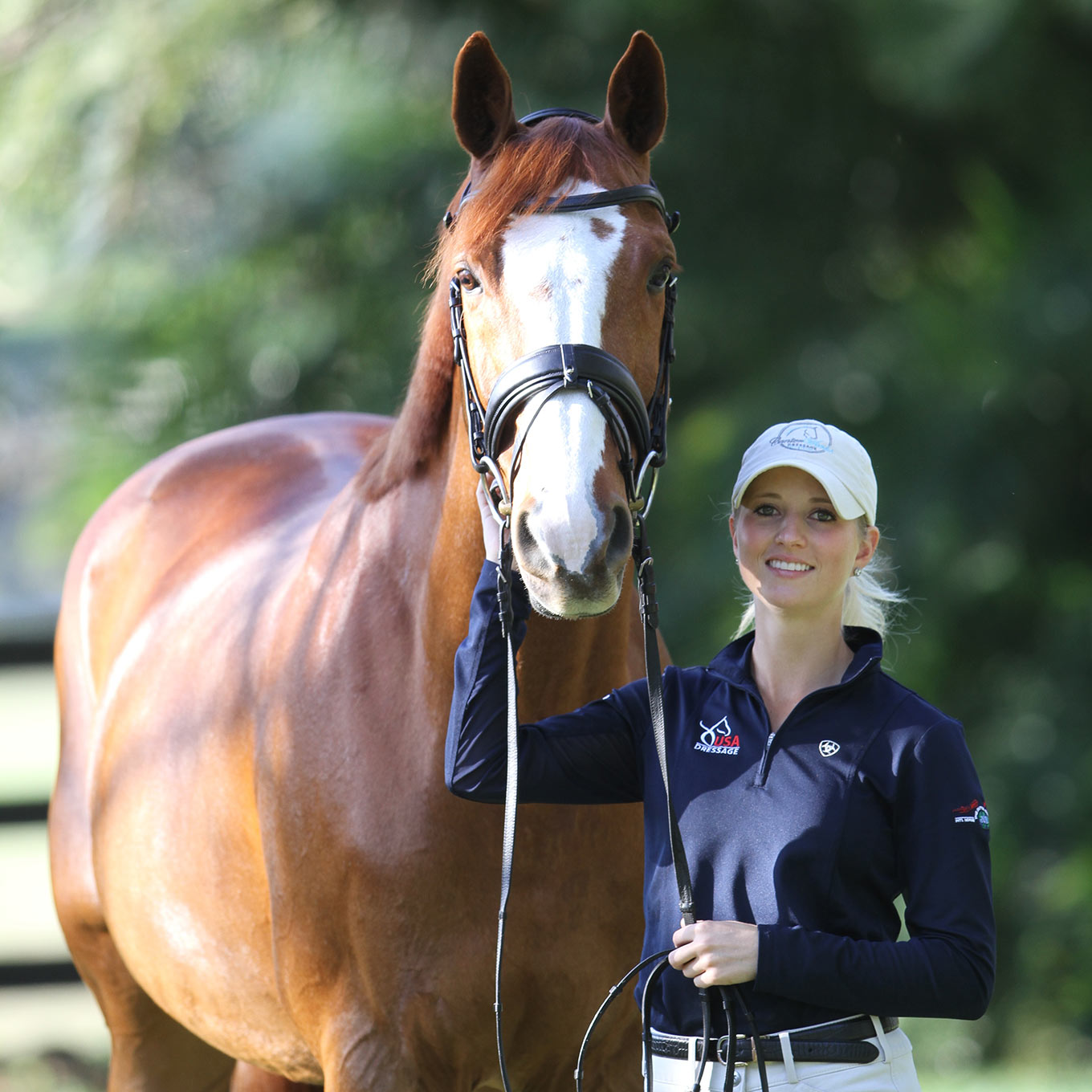 Through obtaining her four-year degree, Katie advanced her education in areas such as nutrition, anatomy, genetics, and employee and farm management. Throughout Katie’s years as a student at MSU, she was able to spend a vast amount of time at the university’s horse barns where she taught a beginner horsemanship class, rode several young horses, and showed a few horses at All Arabian shows.

Katie has been teaching dressage since she was 18 years old and enjoys working with beginners to advanced riders. She has several adult amateurs she teaches and has also started youth in riding. Katie has worked with a variety of breeds and enjoys helping each individual horse perform to the best of their capabilities. 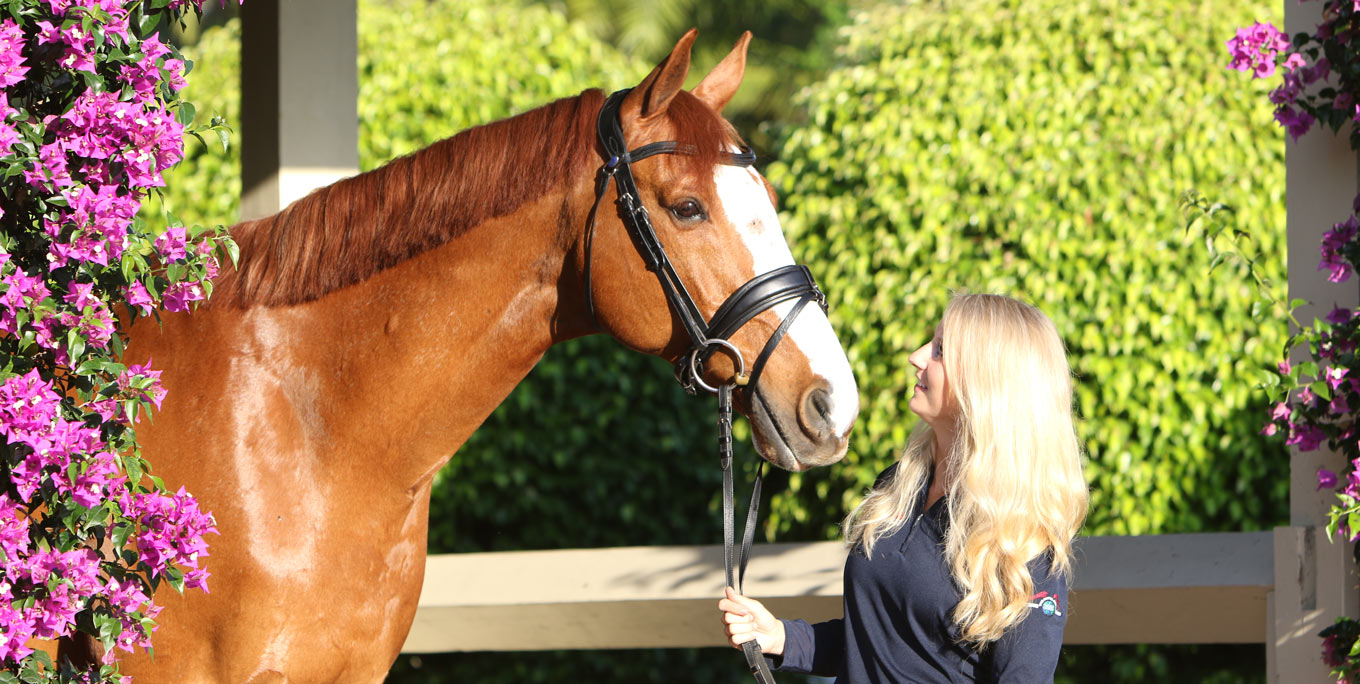